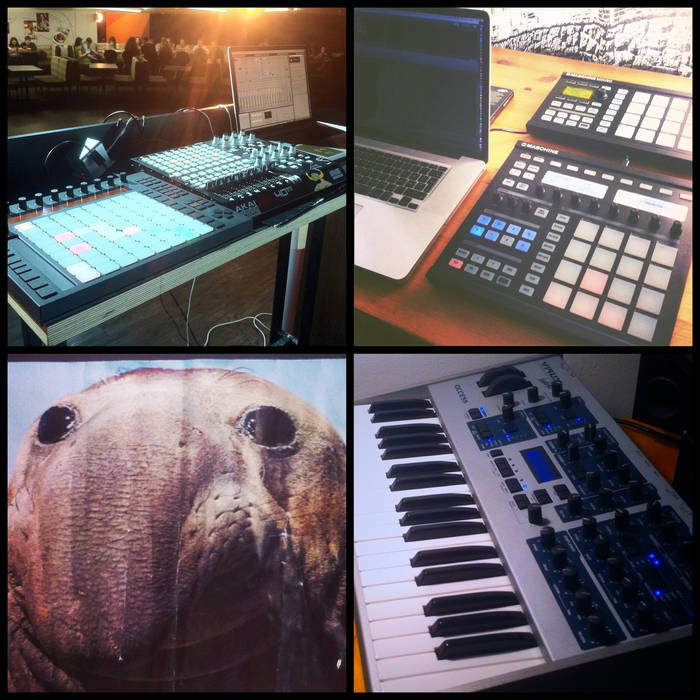 Matt Muink Two tunes won't quit mesmerizing me in a particular yet indescribable way. One is Danny Breaks' 'Sign'. Another is Fanu's 'Spacetime'. Favorite track: Spacetime.

ZOMG! It's a surprise EP.
"WTF is this bulltrickery – you just released a new album?" you might ask. Read on.

My holiday has just kicked off, and before I could get into the serious composition work, I wanted to finish a few tunes that were lying in a 75%-finished state on my desktop. I didn't have a clue as to where they might go, I didn't want to delete them either as liked them, and also to make absolutely sure I wouldn't get into a hey-let's-start-a-new-album zone (as my new album came out two weeks ago) or anything, I'll just throw them out so they'll be a thing of the past and I can move on. It's not like I don't like the tracks – I actually do (otherwise I'd delete them as I always do with stuff that ain't worthwhile) – it's just that I'm not in the mindstate where I'd build anything around them or whatever.
So here you go. You can pay what you want. Sure, you can name your price zero EUR if you wish, and you also have the chance to drop a donation for any crazy reason you might come up with (I recently added the donation button on the page as I've been getting suggestions it'd be a good move as several people have said they'd like to donate…however, I've got one single donation so far…go figure…I guess people forgot)!

I wouldn't be surprised if I did more of these in the future. So, be looking out for more Oh-So-Random EPs in the distant future, perhaps.

Words will always suck at describing music, but here's a brief, feeble attempt.

1. Rainbow Rally. Don't ask about the title. It literally popped into my mind when I was trying to come up with a title. Maybe the lullaby-like sounds took me back to the days when I was playing Rainbow Islands on C64 or something. Ahem.
Anyways. This one's been inspired (rather than influenced) by the 160 bpm movement that's been happening, and I, for one, am all up for taking the tempo down. You remember the time(s) when you were at a D&B event and thought, "Geez, it's really going too fast"? Yeah, me too. I've got stuff and a mixtape in the works that's stylistically influenced by the 80/160 bpm goodness out there, but this one's mostly just slower jungle.

2. Spacetime. The first track I did with the Maschine I happened to get (big thanks to Studiotec in Espoo, Finland, as well as mister Bad Loop for hooking me up). Felt like I want to bang something out, and this little hiphoppery thing came out. Thought of putting it on my forthcoming instrumental hiphop album (as FatGyver), but stylistically it doesn't fit, as the FatGyver album will mostly be about the nineties East Coast / "golden era" style.
And oh yeah, I need to finish that album. I wish there were 29 hours in a day sometimes.

3. Moth Jazz. I recently purchased an Access Virus Indigo synth. Many of the sounds in this tune come from it. There's also some E-MU bass action from an E5000 Ultra. Wanted to make something dark and brooding yet not heavy or too banging. For some reason I knew it from the beginning that this song has to stay short. I can't explain it.

4. Another version of track # 3, but here I wanted to try out how the drums would work if I made them really sparse. Does it work? You be the judge.